Using data to learn about the dining habits of Koreans.
What do Koreans eat at the table as seen through big data?

Based on big data regarding the food choices eaten by consumers, the food trends of Korea have been analyzed, and it was found that consumers eat 2.2 meals a day on average (regular meals like breakfast, lunch and dinner) and 0.8 snacks, totaling 3 meals a day.Also, as age increases, the number of meals and menu items increases. Plus, the percentage of consumers cooking their own meals, rather than having food delivered, is increasing. People showed differences in eating habits depending on life stage.

The meal preparation methods most preferred by Korean consumers are "home cooking," "eating-out," "HMR" and "delivery/takeout" in that order. Most consumers prepare their food selections through home cooking, but factors such as the inconvenience of food ingredient preparation and cooking seem to shift demands to HMR. Actually, domestic HMR sales are growing: KRW 2 trillion, KRW 2.4 trillion and KRW 2.9 trillion in 2016, 2017 and 2018 respectively. 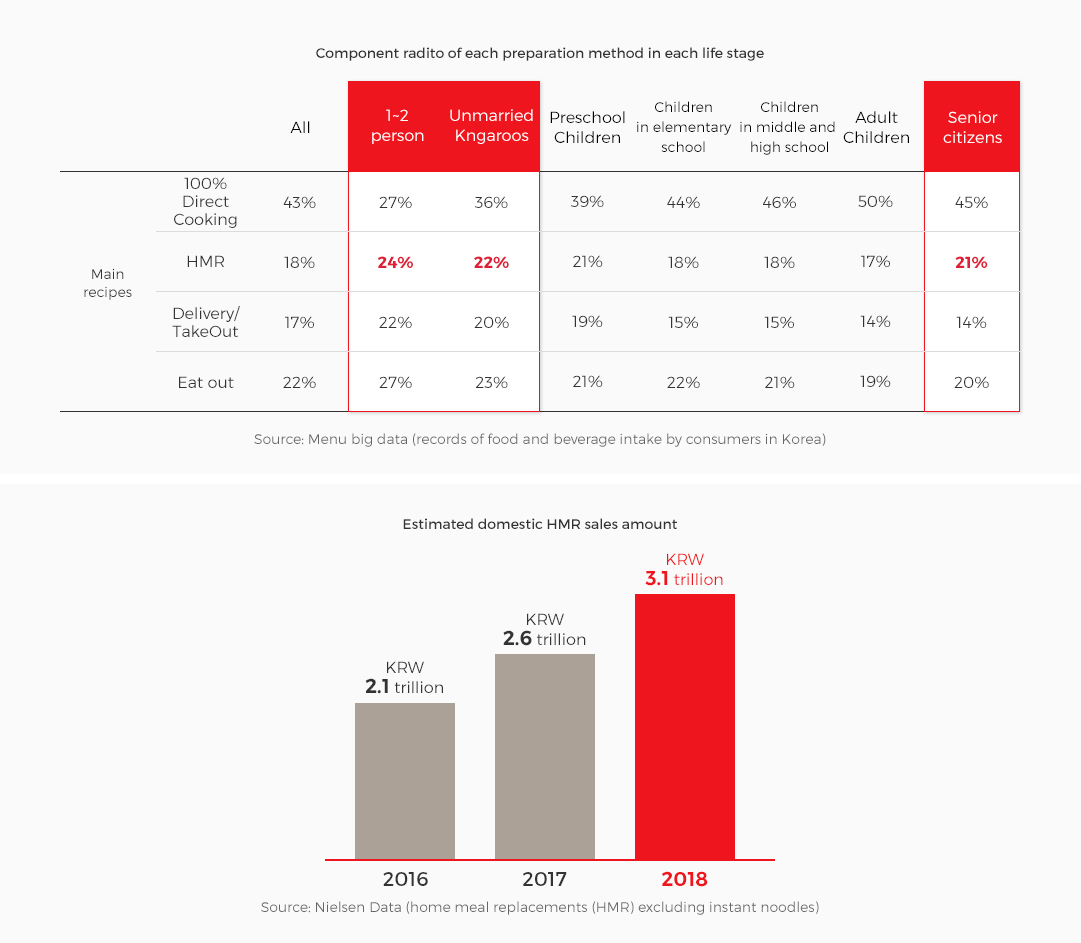 Component ratio of each menu preparation method in each life stage

Until now, we have examined the number of meals of Korean consumers and how they prepare their food choices through big data.
That leaves us more curious about how our eating habits will change and what choices will become more popular, and the changes in the food consumption of Koreans as seen through big data.