We have studied the usage of air fryers that have recently
become a kitchen staple in Korea and consumer satisfaction. 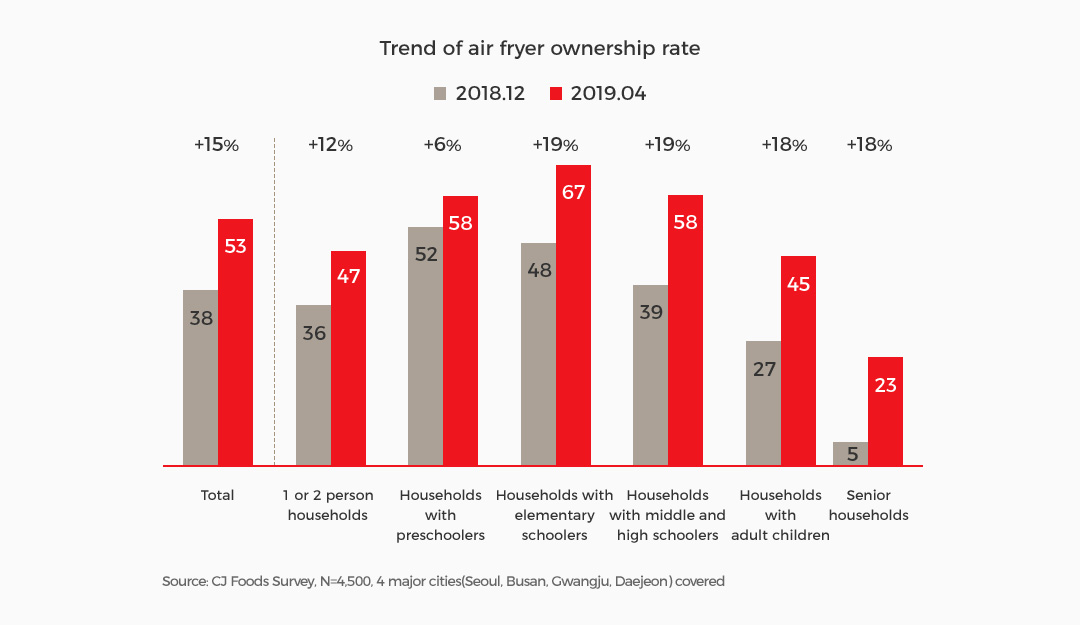 The air fryer ownership rate as in total has increased by 15% to 53% for six months from December 2018 to April 2019.
More than 10% of the increase is seen in all types, with the larger households with children from preschoolers to middle and high schoolers having a higher increase and ownership rates.
A comparatively lower ownership rate is seen in senior households, but the rate itself has significantly increased during the period, which calls our attention to the future trend of seniors.

02. Consumer satisfaction and reasons behind it

We have reviewed how satisfied consumers are with air fryers.
Air fryer consumers were surveyed and 91% of them have given 5 points (Very satisfied) and 4 points (Satisfied).
This high level of satisfaction is seen in all types of households.

How satisfied are you with your air fryer? (5-point scale) Source: Survey on the usage of air fryers,
April 2019 (From air fryer owners)

Lastly, we have looked into the foods that people cook the most in air fryers.

Please give us the names of foods that you cook the most in air fryers. (open question)
Source: Survey on usage of air fryers, April 2019 (From air fryer owners)

The foods cooked in air fryers have been surveyed. We have noticed that a variety of cooking methods such as roasting, frying and baking has been used and that air fryers are increasingly being used for wider varieties.
We have also discovered that air fryers are used more for roasting than frying. The foods to be roasted have turned out to be natural foods such as pork belly and sweet potatoes, but those to be fried are HMR products. This seems to be closely related to the constant growth of HMR industry.

We have reviewed the usage of air fryers and consumer satisfaction in Korea. As the number of air fryer users increases, we expect that more HMR products will be developed. 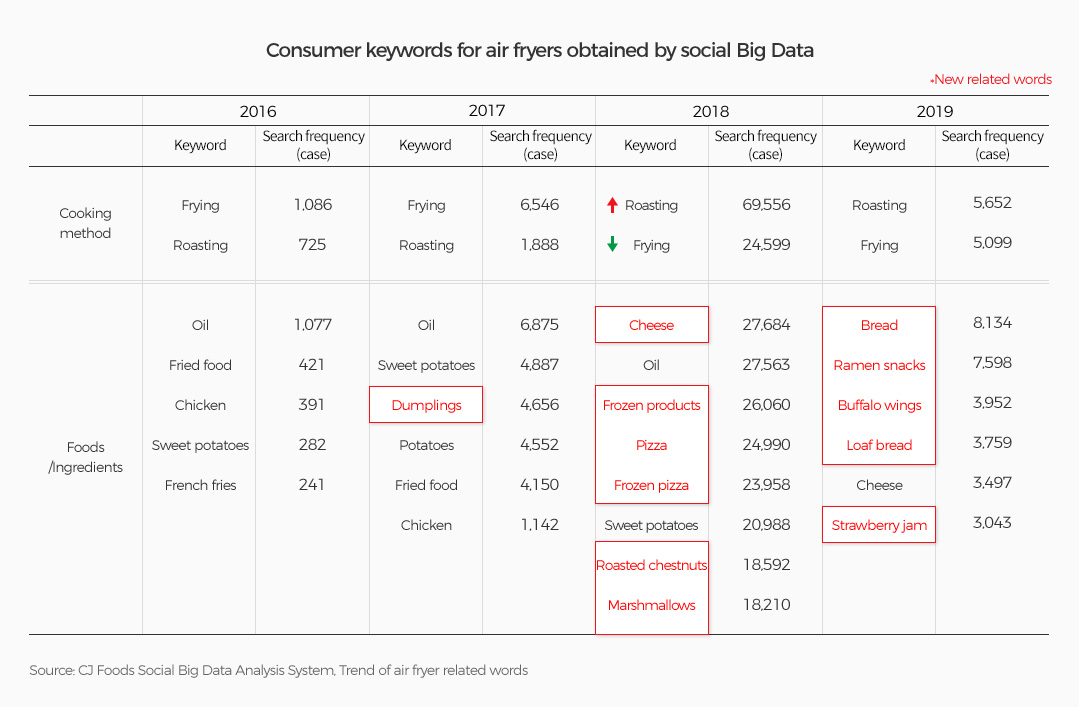