Healthy sweet taste made with the world-best enzyme technology, allulose

CJ CheilJedang, which started out with Korea’s first-ever sugar business, and has a long history of generating sweet tastes, took note of the increasing population of obese consumers and started to focus on R&D of sugar alternatives that can ensure both ‘sweet taste’ and ‘health’ at the same time. In particular, we paid close attention to ‘allulose,’ a natural sweetener whose presence was already known, but which was difficult to commercialize.

What is allulose? It is a natural sweetener, a rare sugar that exists in figs, raisins and wheat in trace amounts, and it is 70% as sweet as sugar. As it has only 0 - 0.2Kcal for 1g, it is referred to as the ‘zero calorie’ sugar. It is a next-generation functional sweetener that helps improve weight control and reduce body fat.

We became the first in the world to mass-produce allulose.

CJ CheilJedang chose to focus on allulose because it has close to zero calories.
Allulose is a rare sugar that exists in figs, raisins and wheat in trace amounts. As it is 70% as sweet as sugar but has only 0 - 0.2Kcal for 1g, it is a next-generation material referred to as the ‘zero calorie’ sugar. It exists in such small quantities in natural conditions yet is very difficult to produce in large quantities. To solve this problem, CJ CheilJedang began to develop the technology for producing allulose in 2011 and succeeded in developing the particular technology for the first time in the world after 5 years of research. 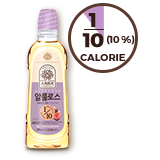 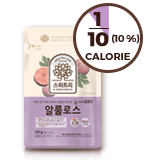 The key factor behind the mass-production of
allulose is the ‘enzyme technology.’

The key factor of the technology for producing as much allulose as possible is the ‘enzyme’. To make allulose out of fructose, we selected a high-efficiency enzyme from among more than 5,000 strains, and we applied the protein engineering technology to this enzyme, and succeeded in producing allulose in large volumes. With the conventional chemical method, we were able to produce less than 5% of the raw material as allulose, but the enzyme method enabled us to produce a stunning 85% of the raw material as allulose. As it became possible to produce a large volume of allulose with a small amount of raw materials, general consumers can enjoy allulose, a next-generation sweetener, at a reasonable price. Also, in addition to allulose in the form of liquid sugar, we were able to use our unique purification technology and know-how to introduce crystalline allulose products for the first time in the world. The safety of allulose, which produces a naturally sweet taste, but has close to zero calories, was also recognized by the US FDA. As we produce it using enzymes sourced from natural food, you can enjoy a sweet taste in a healthier way. CJ CheilJedang will not simply settle for gaining the ‘world’s first’ title, and will continue to lead the global sweetener market by continuously conducting R&D on new enzyme technologies.